Will Amazon’s sponsorship deal be a Bake Off winner? 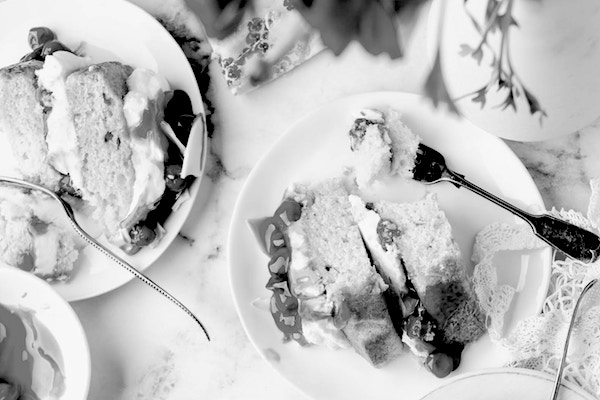 Ben Leet, Delineate’s CCO, appeared on BBC News and 5 Live this week to discuss the new Amazon sponsorship of the ‘Great British Bake Off’ and why they’re promoting the Echo instead of Amazon Pantry service.

It’s back! Social media rejoices as Bake Off returns to Channel 4 for a new season and questions abound. Who are the new bakers? How will they cope with the heat inside the tent? Will their signature bakes stand up to criticism? Can our nerves stand the stress of slowly melting chocolate? And what’s with the smart speaker ads?

Why is Amazon selling smart speakers on Bake Off?

When Channel 4 acquired Bake Off in 2017, sponsorship was split between two brands (Dr Oetker and Lyle’s Golden Syrup). It prompted comments from the TV industry that this wasn’t the wisest of commercial decisions. Fast forward 12 months and Channel 4 has secured one of its most lucrative sponsorship deals to date. A £5m deal for Bake Off with Amazon Echo makes the show as valuable as Britain’s Got Talent and X Factor.

Like the show’s more experimental bakes, it might seem like an odd pairing. Amazon has an online grocery department, recently partnering with supermarket chain Morrisons to sell their own brand goods through Amazon Pantry. It’s a clear signal that Amazon is serious about its grocery business.  And with an already established grocery product, why invest in promoting technology?

This was the question Ben was asked in his BBC News segment, with the answer being relatively clear once we dig a little deeper into the roots of what makes Amazon so incredibly successful. As it’s done with other products, Amazon isn’t just intent on changing where we buy our groceries. Oh no. It also wants to change how we buy our groceries.

And this is where the Echo comes in. Amazon wants us to ask our smart speakers to do the shopping for us. It’s not the stuff of science fiction. It’s real and happening now, and in time it will become second nature. Just like buying and reading books online, we’ve been here before.

Changing consumer behaviour on this scale is hard. Fortunately, Amazon has time on its side and a track record of success. Delineate research shows that  10% of the population already owns a smart speaker, with around 50% of those having purchased groceries at some point using the technology. And the Amazon Echo dominates this market.

With this sponsorship deal Amazon is sending a clear signal of intent. Bake Off is one of the nation’s most popular cookery shows. It wants the home cooks and bakers, happy to adopt technology, to change the way they shop. There’s an audience primed to purchase fresh groceries online, and Amazon wants them to buy Echo products to do it.

A race has begun for domination of this space, but Amazon’s main competition isn’t just the traditional supermarkets and retailers. It’s also Google, Apple and the other Tech companies. For their strategy to succeed, it needs to outperform all these guys. Smart speakers don’t offer pages of results, they can only offer a single recommendation. Without the domination of a single-result search function, Amazon will find it much harder to push the consumer behaviour change they are seeking.

Will Amazon rise to the occasion? Delineate will be tracking their progress keenly, through our smart speaker research and through regular reporting on technology adoption and market share. You can read our findings on smart speakers here.

Amazon has already changed the way we shop. And now a £185bn industry in the UK is primed for another disruption by one of the World’s greatest disruptors. You can rest assured that £5m sponsorship deal will seem like money well spent.

Don’t forget to sign up to our monthly Newsletter The Brief for future marketing and consumer insights from delineate.